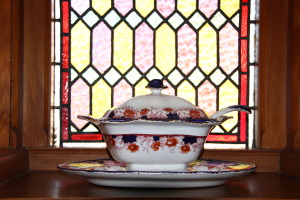 This a Doulton china soup tureen, 1860-70,  and was gifted to Riccarton House by Phil and Josie Deans.

It is Doulton which later became Royal Doulton.

The cupboard under the tureen was used to hold the port and glasses for the gentlemen to pass around the dining table after dinner when the ladies would retire to the drawing room. 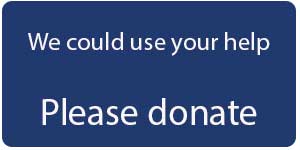 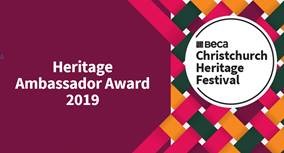